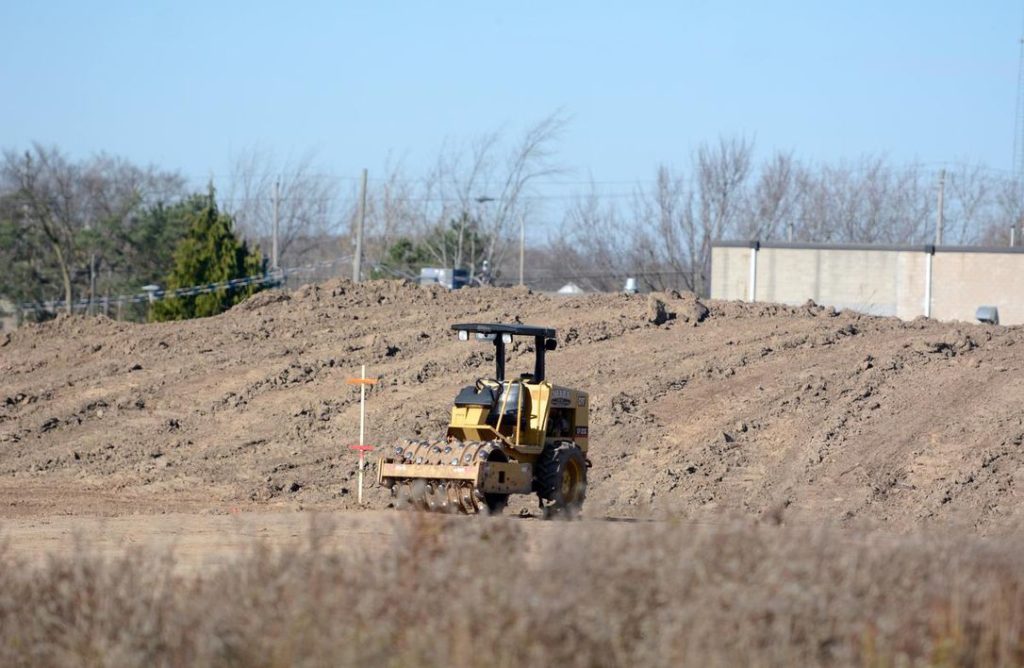 Ground was broken this week on a 1,188-square-metre (12,787-square-foot) rebar fabrication facility to be built in Welland’s River Road Industrial Subdivision that will bring about $8.26 million in private-sector investment to the city.

Kit Steel is the company behind the facility going up on a 1.32-hectare lot in the subdivision, bordered by River Road to the west, a set of train tracks to the east, Downs Road to the south and Youngs Sportsplex to the north.

Campion said it’s great to have a company like Kit Steel come to the city.

He said it’s a substantial facility that can help attract other industries to Welland and to the fully-serviced industrial subdivision, which has just two lots left from the original six.

In a release from the city, Campion said the combination of available serviced industrial land, Welland’s effective development team and attractive incentive programs fuel economic growth and provide opportunities for businesses such as Kit Steel to succeed.

Dan Degazio, general manager of economic development, recreation and culture, said Kit Steel is the first company to build in the industrial subdivision and the city is thrilled to welcome them.

The company bought, and will develop, the new property with support through the Niagara Gateway Economic Zone and Centre Community Improvement Plan.

“They are another company to take advantage of our competitively priced land, expedited development approval process, and lucrative incentive programs,” Degazio said in a release.

Campion said there could be potential synergies with other facilities, adding the company sits to the west of Valbruna ASW Inc.