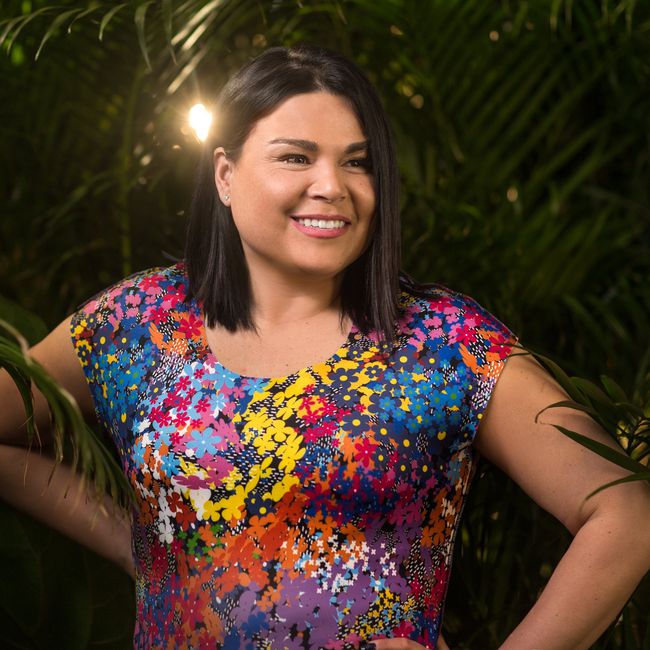 Jenn Harper’s makeup company all started from a dream she had, featuring a group of Indigenous women with blushed cheeks and lip gloss.

She had that dream in 2015, while she was working in hospitality. At the time, she now admits, she was naïve about the makeup industry — it’s something that’s helped her along the way to challenge the ways in which things have “always been done.”

“Realizing that the world didn’t need another lipstick brand was at the forefront of my mind,” Harper said, explaining that her plan was to feature Indigenous faces and values.

The St. Catharines-based entrepreneur founded Cheekbone Beauty, and this year she was recognized by the Greater Niagara Chamber of Commerce and its Women in Niagara Council as the 2022 recipient of the International Women’s Day Award during the annual event celebrating Niagara’s women.

Held virtually March 4, Harper spoke about her beauty brand’s beginnings and how it’s grown since that initial dream.

Since its inception, Cheekbone Beauty has donated more than $150,000 to organizations that support Indigenous women and youth.

“Innovation is the heartbeat of the work that we do at Cheekbone Beauty,” Harper said, adding that their vegan products and sustainable packaging reflect her values as an Anishinaabe woman.

Representation is something that matters a lot to Harper. Before her brother died in 2016, she said he was constantly sending her news stories and articles about Indigenous people who were achieving incredible things. She said it wasn’t until he was gone that she realized how powerful that was.

“I honestly and fully believe that representation saves lives,“ she said. “When I think of Indigenous people, the suicide rate is dramatically higher than the national average.”

Not only is Cheekbone Beauty available online and in stores in Niagara, but it’s also available nationally online at Sephora, and in nine stores.

She said when Langmuir sold Bite to Sephora, he helped her build a relationship with them, and even allowed her to buy manufacturing equipment from Bite’s former facility.

In January 2021, Harper used that equipment, and now her products are manufactured in Niagara.

Without Niagara, Harper said what she’s achieved wouldn’t be possible.

“How did a little Ojibwe girl who struggled for most of her life make this happen? It’s the love and support of the community here in Niagara,” she said.

Also speaking during the online event was the keynote, Women in Toronto Politics founder Steph Guthrie.