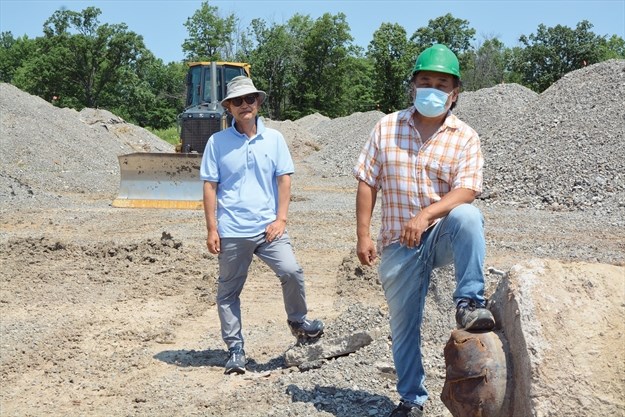 With a little luck, Fort Erie residents will be sipping on lattes, downing a taco or two, or munching on burgers come the end of this year, Ben Kooh says.

Kooh, with business partner Simon Choi, are behind a new development on Garrison Road, the first phase of which will include a trio of quick service restaurants — Starbucks, Taco Bell and A&W — which will take up about one half of the six-acre site. What will come in Phase 2 of the development is up in the air.

“We’re looking at a number of development options,” Kooh said as he and Choi came to Fort Erie from their Kitchener base to look over the site. “We can’t say one way or the other. Nothing is concrete.”

The pair haven’t discounted the idea of filling the remaining portion of the land with some form of residential development, Kooh said.

“We’re doing some precautionary work (grading and general earthworks at the site) for possible residential use. That’s something everybody has been in favour of so far.”

Kooh first learned of the land’s availability of the parcel, located just east of Thompson Road, five years ago. He and Choi considered purchasing it then but found little interest from potential tenants. Things changed two years later and the duo took the plunge and set about lining up potential tenants.

Kooh said they received a lot of support from Fort Erie Economic Development and Tourism Services along the way, first under then general manager Jim Thibert and current manager Caralee Grummett.