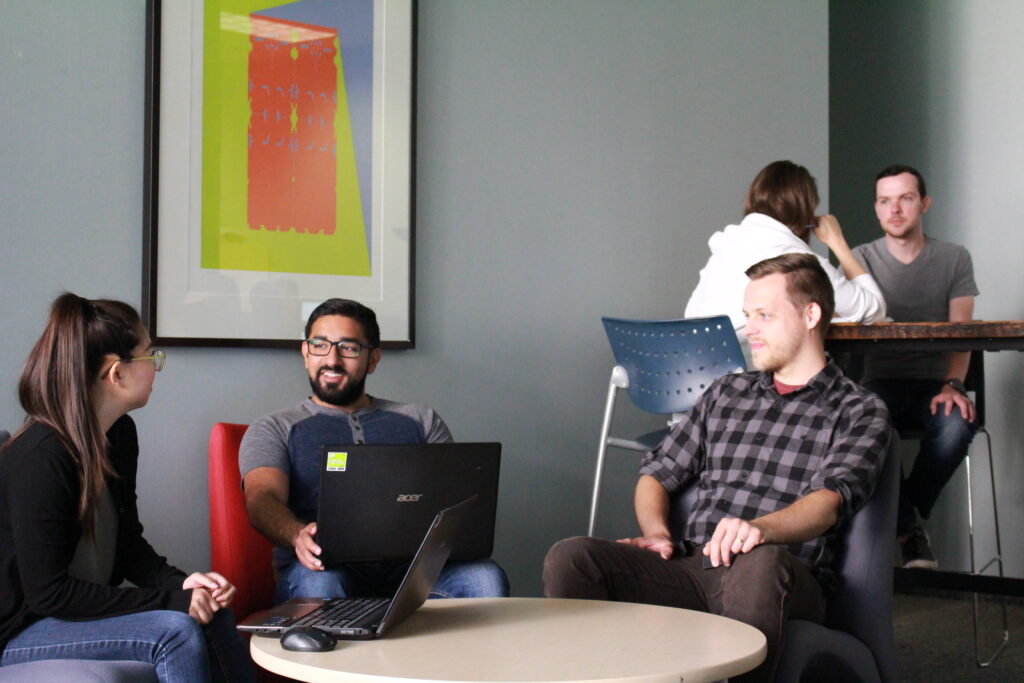 Maclean’s Magazine: The future is bright

When Ransom Hawley first showed up at an Innovate Niagara event, he was a man with a dream: To launch a business in the community he grew up in. He knew the idea was good—to create a way for brands and sales teams to get the insights they need faster—but he needed a little help on the mechanics of actually getting a business up and running.

“I didn’t even know how to incorporate,” he recalls with wry laughter. “Innovate Niagara guided me through that whole process and beyond. Having access to a start-up incubator and the resources they provide has been a huge part of our success so far.”

And four years later, Hawley’s company is a success: Caddle Inc. is one of Canada’s leading market research platforms, and he and his team have been able to grow the business, hire staff, and see their dream come to reality. “Everyone thought we were crazy,” he remembers. “As a tech company, especially, everyone thought we should be in Toronto. But when you started to add up the pros, the reasons for Niagara stacked up.”

A not-exhaustive list of those reasons includes: the highly-skilled pool of talent that worked in Toronto but commuted in from the region because of the cost of living; the fact that overhead—from talent to office space to taxes—were a “fraction of a fraction” of what they would be in Toronto…which, by the way, is just a train ride or drive away; and the exceptional quality of life and community in Niagara.

Hawley is part of a growing community of entrepreneurs who are planting roots in the Niagara region—and seeing them flourish in the area’s fledgling-but-fertile start up ecosystem.

“The future is bright,” says Dino Miele, the founder of Spark Niagara, a Niagara Falls-based collaborative work space community that’s part of Niagara’s network of co-working spaces and incubators. It’s only been running a handful of years, but Spark has already assisted over 135 businesses. For Miele, along with lower costs and a better quality of life (most commutes are under 20 minutes!), the Niagara region offers budding entrepreneurs the chance to “stand out in the crowd” in a way that you can’t in Toronto or Waterloo.

“They’re big; they’re highly competitive,” he explains. “When start-ups go there, there’s a thousand people wanting to go to the beauty pageant, if you will. In Niagara, there’s a lot less competition, and we’re more of a community of builders. The entrepreneurial ecosystem here is growing because of the collaborative nature of the people here.”

An example of that collaboration is a recently announced partnership between Spark Niagara, the City of Niagara Falls, and Ryerson University that will be known as Niagara Falls-Ryerson Innovation Hub. Modelled on the highly successful DMZ at Ryerson in Toronto, the innovation hub will also boast a large pool of expert entrepreneurs. Miele believes it will only further boost the region’s ability to be “a world leader in innovation, and to be the place for collaborative innovation”.

The area, of course, already boasts links to two world-class higher education institutions: Niagara College and Brock University, which is about to launch the Brock LINC, a space that will be “an entrepreneurship and innovation support system,” according to Dr. Tim Kenyon, the university’s VP of Research. Designed to serve both students and the wider community, it will provide resources like entrepreneurship mentorship programs, prototyping labs and, of course, the talent pool of the university itself. While it’s hard to predict exactly what kind of ventures will be born out of the Brock LINC, Kenyon thinks at least some will spring from places where Brock already has strong partnerships in the community, like viticulture, applied health and biotechnology. Where Kenyon sees the broadest potential, however, is in exploiting what he calls the “cachet” of the Niagara region.

“This is a great place to live and work,” he says.