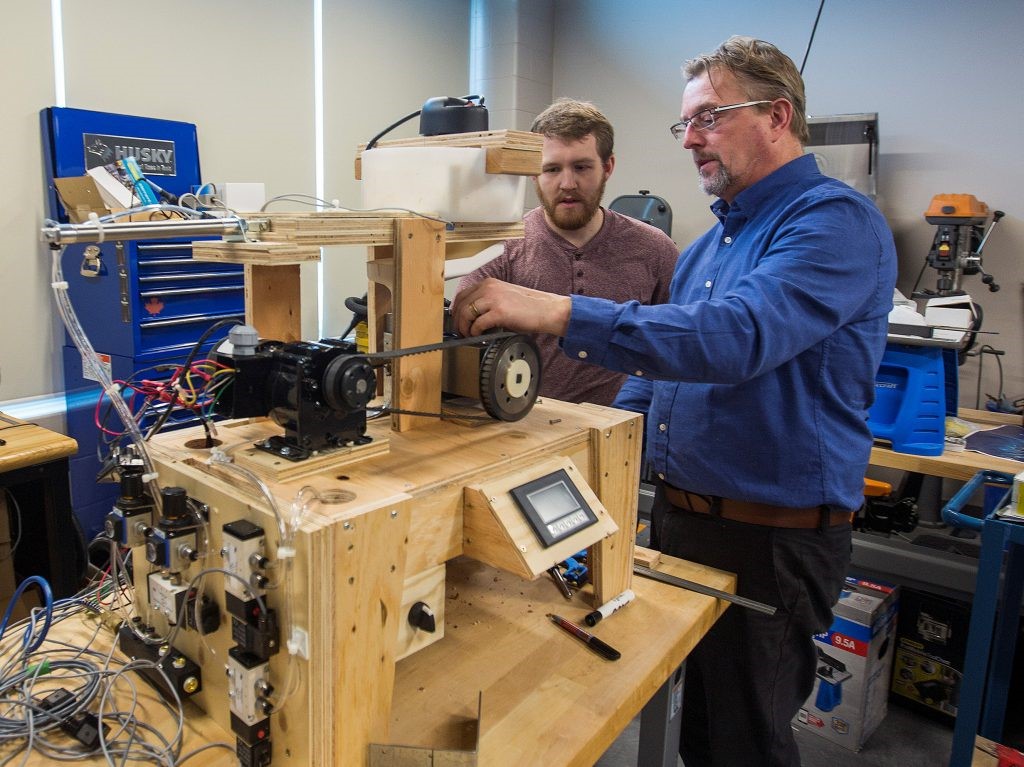 Niagara has been one of Canada’s most robust industrial communities for more than 100 years.

In the mid-1970s, the late Fred Bolton moved a small plastics company from Georgetown, Ont., to Fort Erie, a small border city in Canada’s Niagara region, directly across from Buffalo, N.Y.

His initial motivations were simple: Bolton lived in Fort Erie and wanted to build this company — Peninsula Plastics, a custom injection molding business — close to home. But over time, the company’s location and easy access the U.S. market became the key to its success.

“A big portion of my customers like the fact that I’m in this area and can get their product to the U.S. very easily,” said Craig Bolton, Fred’s son and the current president of Peninsula Plastics.

“I do see we’re getting a lot of business that way.”

Today, between 60 and 70 per cent of the company’s products are exported to the U.S., either directly or through other Canadian clients. Much of the remaining inventory is exported to international markets via cargo planes based in the Greater Toronto Area.

“[Niagara] is a very easy route to get to the Hamilton, Burlington, Mississauga area,” said Craig Bolton. “And that does play well for us.”

This access to international markets — and the U.S. in particular — is a key reason Niagara has been one of Canada’s most robust industrial communities for more than 100 years, and one of the most desirable places to locate a manufacturing company.

Niagara has deep industrial roots that date back to hydropower on the Niagara River in the late 19th century, with a uniquely nimble, talented and resilient industrial workforce that has adapted to changing markets ever since.

“We’re competing with Asia, Europe, the U.S. and Mexico, and we’re holding our own because of the skill level that we have here in Niagara.”

Niagara was a hotbed for automotive manufacturing in the 20th century, with three General Motors plants, a Dana Canada plant, and countless smaller companies producing parts and proprietary products.

The region has since pivoted to develop a large group of small and medium-sized manufacturing firms that leverage the unique breadth and depth of Niagara’s skilled workforce.

“We’ve been involved in all levels of the industry and served all types of industry,” said Tisdelle. “And you just have a long history of very intelligent, innovative people continuing that tradition.”

A recent focus has been on advanced manufacturing, Industrial Internet of Things (IIoT) and Industry 4.0, providing data and technology-driven solutions for the 21st century.

Niagara is a connected and collaborative manufacturing community, with a unique camaraderie and support network.

The NIA is one of only a handful of regional manufacturing associations in Canada, and while some of its members are competitors, they work together on complex projects that benefit the region’s economic health as a whole.

“You could be employing your competitor’s son or daughter in the office,” said Tisdelle, who noted collaboration often happens for practical reasons.

“We share our assets, we share our knowledge,” he said. “Where one company might be really fabrication-oriented, another is machine-oriented, and so they become a good fit with each other.”

Niagara is also a hotbed for applied industrial research, thanks in large part to the Walker Advanced Manufacturing Innovation Centre at Niagara College in Welland, Ont.

Students and faculty at the Walker Centre work together to develop new products and processes for industrial clients in Niagara and across Ontario, developing a new generation of highly-skilled workers and developing real-world solutions for established companies.

“We’ve got a great resource of talent in this area,” said Gordon Maretzki, manager of the Walker Innovation Centre.

“The ability to start up a business, from an economic point of view, is attractive. It’s a beautiful place to live, and is a great place to attract talent and establish business.”

As an industrial economic engine, Niagara is in many ways outpacing Ontario. Niagara exports over $4.7 billion in goods to international markets each year, and outperforms Ontario in relative trade.

Niagara is a net exporter of goods — with a margin of $2.3 billion each year — while Ontario is a net importer.

Niagara’s growth outpaced every other census metropolitan area in the province during this period.

“We’ve attracted some key people from Toronto,” said Craig Bolton, owner of Peninsula Plastics in Fort Erie. The company has more than 100 employees at any given time, working out of 95,000 square feet of manufacturing space.

“They tell me they’re so happy their lifestyle has changed,” he said. “We have a destination that people come to visit for vacation, and it’s a great place to be here all the time.”