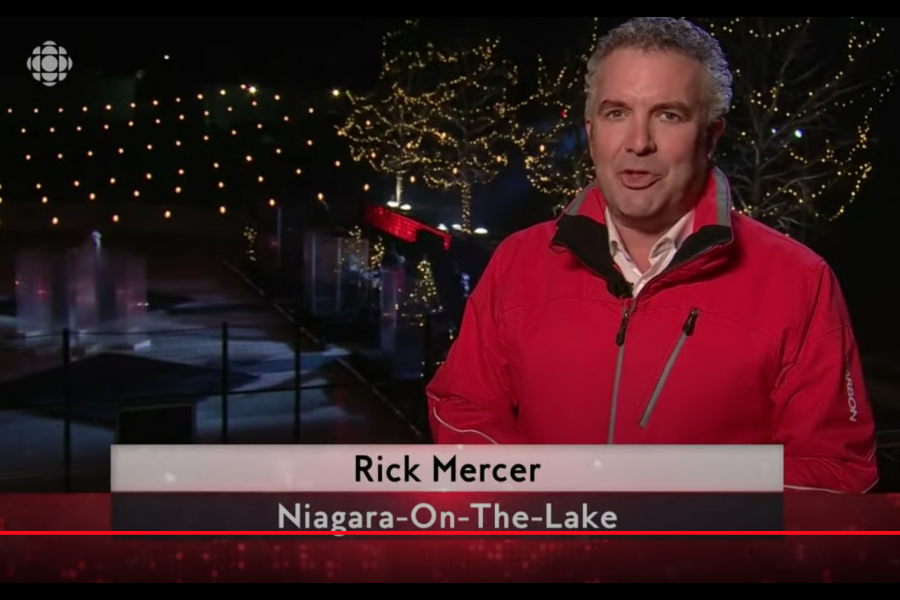 As a year for the history books came to a close, Niagara-on-the-Lake made its way to centre stage for CBC’s national New Year’s Eve broadcast.

The show, viewed by about 2 million people and hosted by Canadian comedy icon Rick Mercer, was hosted at Wayne Gretzky Estates, with the broadcast jumping all around Canada and a final performance by Tyler Shaw on the Gretzky rink.

Tim Coons, manager for Gretzky Estates, said the NOTL distillery and winery was “thrilled” to be approached to host the show.

“A lot of people are really excited. I guess you could maybe say that people feel honoured, almost as though we’re inviting Canada into our homes.”

“I was so proud to be able to share our beautiful outdoor space and skating rink with all of Canada on such a special night,” Gretzky said in an emailed response to questions from The Lake Report.

“Showcasing the estate also gave Canadians a small glimpse of what Niagara-on-the-Lake has to offer. I want to wish my family, friends, my estate partner John Peller and all Canadians a great 2021,” The Great One added.

Coons said the producers of the show approached the NOTL operation with the opportunity.