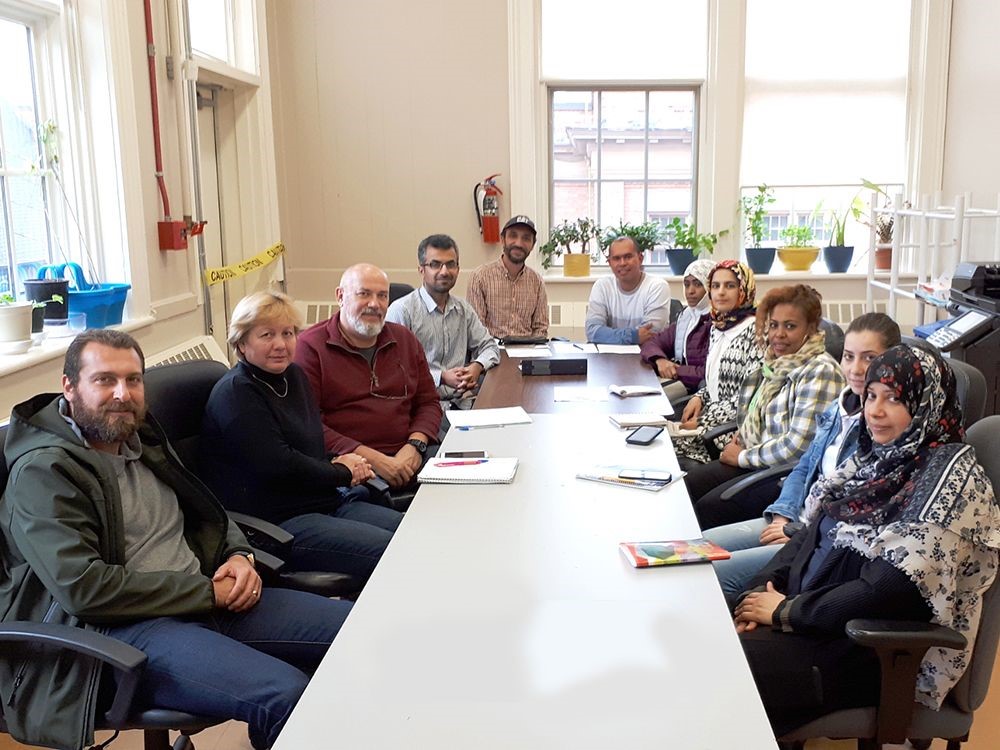 Niagara is a welcoming community for everyone

In August 2017, Renee Ji left her job as a university instructor in Beijing and moved to St. Catharines, Ont., a city in Canada’s Niagara region, where a close friend lived and worked.

Ji was in her mid-30s at the time, and like many people that age, she felt limited in her career and wanted a break. She also wanted new challenges and new opportunities for her and her young son, and more chances to help university students achieve their goals.

“I set a one-year plan for myself,” said Ji, now 39 and working as an international student advisor at Brock University.

Ji chose St. Catharines in part because her best friend had lived there for years, and she knew she could count on that friend’s support as she adjusted to life in Canada.

But St. Catharines is also a relatively small, tight-knit community that appealed to her more than Toronto, despite the fact Toronto has a larger Chinese population.

“I feel welcomed,” she said. “In Toronto, you can see a lot of people and you can guess they might come from a different background — or their parents, or their grandparents.

“In St. Catharines or in Niagara, maybe you don’t see that many people that you can make that assumption. But people are friendly and curious. They’re eager to learn from you.”

Although cultural differences between China and Canada were difficult to navigate at first, Ji quickly found her stride.

Programs at the Niagara Folk Arts Multicultural Centre and St. Catharines YMCA Employment & Immigrant Services offered help with her job search, as well as a road map to translate her credentials as a social worker and sociologist in China into Canadian certification.

Within a few months she was working full time as a mental health support worker at Niagara Folk Arts Multicultural Centre, a charitable non-profit that provides support to newcomers, and then transitioned to Brock University, where she helps international students adapt to their studies in Canada.

“From my experience and outcome, I’m really happy with it,” she said.

“I feel supported all the time. It’s not only in the sense of professional pathways, it’s about all the details … and some of the workers there — at the YMCA, and Folk Arts — I could feel they were not just doing their jobs.

“They were trying to help me as though I’m a friend or I’m a family member.”

Ji’s success story is similar to many others in Niagara, which is known as a warm, welcoming and accepting community for newcomers — with considerably lower cost-of-living than larger centres.

Niagara is known for its safe neighbourhoods, gorgeous countryside, vibrant cultural community and small-town charm, with all of the amenities of larger cities. The result is an extraordinary quality of life.

“Live a life where it’s less stressful … minimizing your costs,” said Christine Acen, a lawyer who lives in St. Catharines and is originally from Uganda.

Acen and her husband Okello Ojara moved to Niagara from Toronto when they decided to start a family, with a lower cost of living as a major attraction.

Ojara is an engineer and was able to commute to his job in Toronto, while Acen found work at a law firm in Niagara Falls. They found a supporting church community at St. Columba, an Anglican congregation in northern St. Catharines, and built a social network by attending community events.

Acen has connected with a few other newcomers from Uganda, as well as newcomers from other parts of Africa. She follows Niagara Folk Arts and the City of St. Catharines on social media to find out what’s happening in the community, and easily makes friends at local festivals.

“Discrimination is not really an issue,” she said. “I have only found really nice people … and over time I’ve really felt comfortable.”

“I would encourage people, especially people of colour, to move out to Niagara,” she added. “Show your presence out here. Because we are welcoming, people are friendly.”

The Niagara Regional Council recently approved a motion to become a member of the Coalition of Inclusive Municipalities, a network run by the United Nations Educational, Scientific and Cultural Organization (UNESCO) that commits to building respectful, inclusive and diverse societies.

Joining the coalition commits the Niagara Region to support initiatives that promote diversity, equity and inclusion in the region, and supporting the needs of newcomers, visible minorities, Indigenous peoples, people with disabilities, and the LGBTQ2S+ community.

“Niagara is a strong and vibrant community that is only made better by newcomers and people from diverse backgrounds,” said Regional Chair Jim Bradley. “Everyone is welcome in Niagara and we look forward to continuing to diversify our community and grow as a region.”

A major source of support for newcomers is welcomeniagaracanada.com, a new website that connects people with Niagara-specific information on resources and finding housing, jobs and schools for their children.

As for Renee Ji, who moved to Niagara from Beijing two years ago, the plan is to stay in Canada long-term — probably for the rest of her life.

“People are friendly and respectful, and they really accept diversity,” she said. “They mean it; they’re not just saying it.”