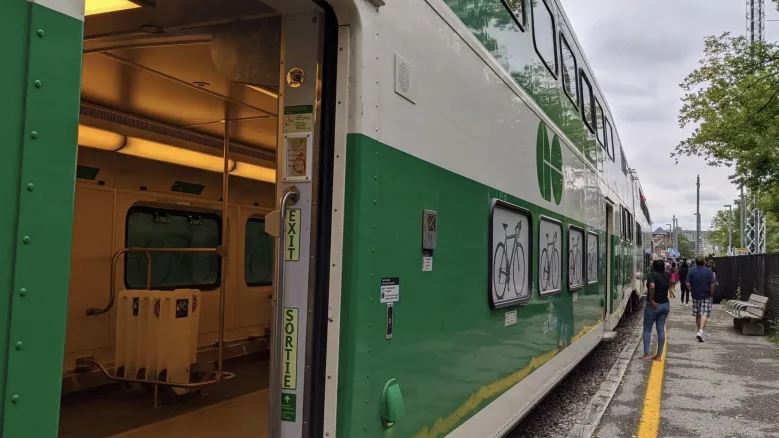 A GO station in Beamsville, Ont., between Hamilton and St. Catharines, could draw as many as 1,335 daily riders each weekday by 2041, according to an initial business case (ICB) prepared by Metrolinx.

Ridership out of the proposed station is predicted to hit 325,000 annually over the same 19-year period, the Crown agency added in its report.

But Metrolinx was quick to point out it’s “too early to talk construction timelines.”

It described the IBC as the “first step” in the planning process, noting 2041 is a date used to project ridership, not a countdown for the potential station to be built.

When exactly transit users in the region could expect to see a station isn’t clear.

Metrolinx said that timeline still needs to be determined though the planning process and project agreements.

The project would total an estimated $36.8 million in operating, capital and maintenance costs, the report states. It predicts the station would eventually bring in $58.8 million, leaving an anticipated net benefit of $22 million.

The Town of Lincoln, which includes Beamsville and lists 50 area wineries as a major tourism draw, celebrated the IBC in a statement shared Tuesday.

It said the business case confirms the “feasibility” of a future GO station. The proposed station would be placed on the Niagara Extension between another proposed stop in Grimsby and the current station in St. Catharines.

“Working towards making Lincoln a complete community is of utmost importance to Town Council,” stated Tony Brunet, chair of the town’s planning and economic development committee.

“I am delighted to see the commitment to the first project discovery phase.”

The town’s statement did highlight the fact the IBC does not offer a timeline or confirm construction of the station, but still described it as “positive.”

Officials said Lincoln is a growing community and expanded service will be essential to meet its future needs, adding it will work with other levels of government and the private sector to make the project a reality.

“The community benefits are many – including economic growth, expanded transportation options for residents, and further leveraging Lincoln as a premier tourism destination in Niagara,” she said.