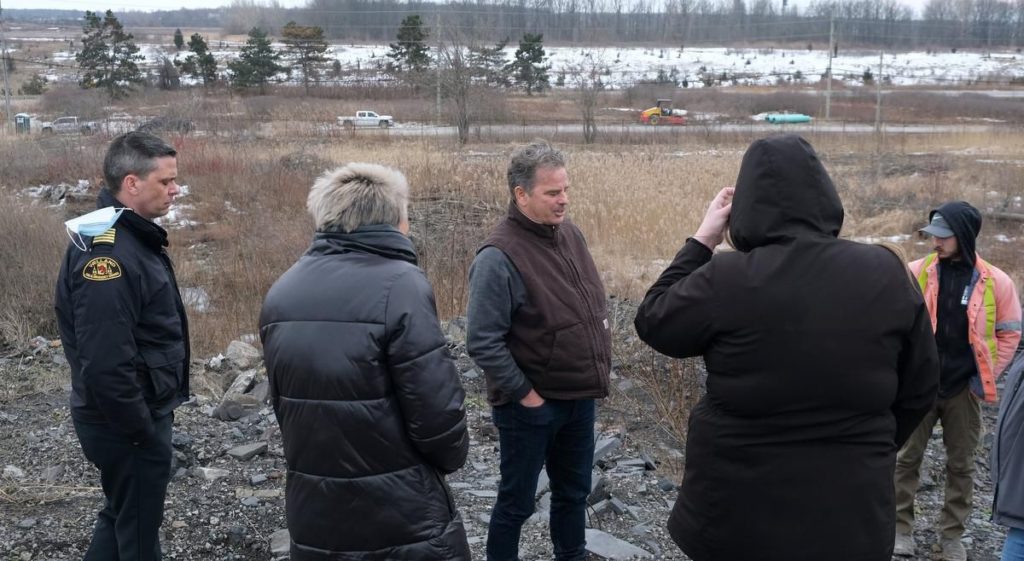 There’s a gold mine on the former Union Carbide (UCar) property alongside the recreational canal in Welland, one Steve Charest hopes to tap into to bring jobs to the city and restore the industrial site for future residential use.

The gold, in this case, is graphite left behind by operations carried out on the property at 65 Canal Bank since 1907.

“That’s the opportunity here. To bring things back home.”

Last week, King and Benton opened the gates to the former UCar property and welcomed Welland economic development staff, acting chief administrative officer and fire Chief Adam Eckhart, city councillors and the media to have a look around and hear the company’s plans.

Charest said the day was about getting together with the municipality and developing a transparent communication process.

He’s aware of concerns about the site, which sits beside the city’s drinking water source, and a proposed environmental amendment that would see 53 hectares removed from an industrial land designation.

Two weeks ago, city council turned down a chance to comment to the Ministry of Environment, Conservation and Parks about the proposed change.

“City staff are familiar with this site. I think there was something lost in translation to the public and council. Any confusion there was may have been remedied today,” said Charest.

He said the technical amendment would allow the company, which also owns 200 Dain Ave., formerly Energex (Page-Hersey, Lakeside Steel), to move forward with cleaning up the land.

“We’re in the business of cleaning up contaminated land,” said Charest.

He said the company plans to make its doors open to the public to answer any questions and concerns residents may have about the site.

Andre Charest, ReGenResource Recovery Ltd. business development manager, and ReGen’s chief executive officer Luisa Moreno spoke about the site, and the graphite left behind in the landfill in the southeast corner and across the property.

The two said the graphite can be mined from the site and repurposed for use in products such as lithium batteries in electric cars and robotics.

ReGenResource Recovery is a recycling and mining company focused on the extraction and regeneration of active materials into pure resources, according to its website, and also calls the former UCar property home.

Andre said the Welland site gives the company access to the Welland Canal, major highways and rail systems to connect it with users of the final product.

He said the company hopes to build a plant on site to work with the material. That plant would see solar panels on the roof, solar panel cladding on all sides and storage batteries, giving it one of, if not the, lowest carbon footprints when it comes to manufacturing graphite.

Andre said a plant on site would help Welland’s economy and bring “good, solid technical jobs” to the area.