Home / News / All roads (and canals) lead to a booming Welland 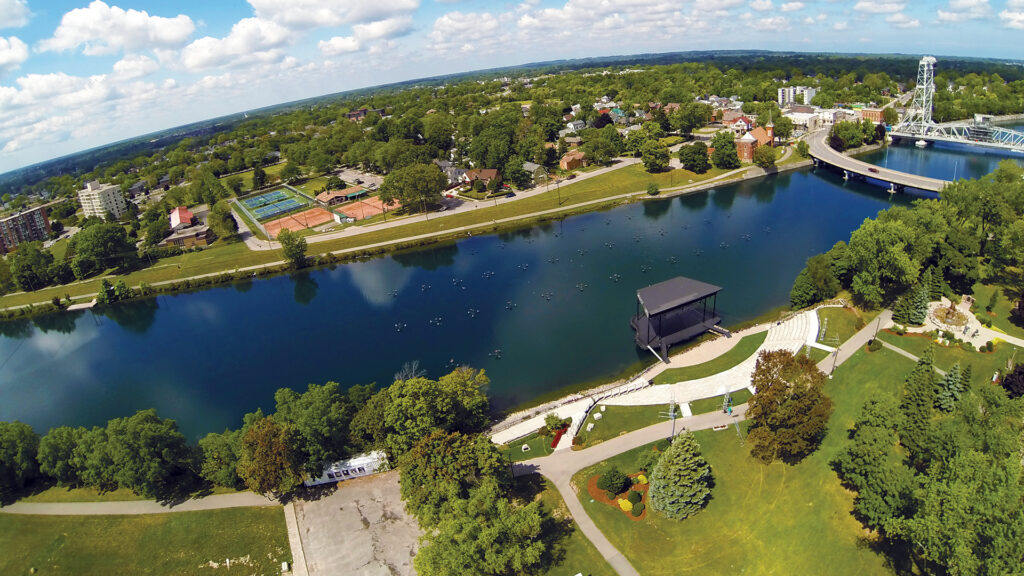 All roads (and canals) lead to a booming Welland

Source: The Globe and Mail

The Globe & Mail has recently profiled the drastic expansion of Welland over the last few years, which has become a hub for both industry and life in Niagara.

The boom of industry in Welland started around two years ago, mainly due to the divestment of federally-owned land along the canal. 2018 set a new record for construction permits with a total of 802 in the city, which was a rise from the 726 permits issued in 2017.

Other factors such as Niagara’s Foreign Trade Zone designation, low wages, and cost of living have all allowed new business to enter the area and many new companies have made the city their home over the last few years. Innio, Northern Gold Foods, Intravision Greens Canada, Welded Tube of Canada, and Canadian Tire Financial Services Ltd have all expanded into the region and have all been largely successful over their time. Niagara College has also been a significant partner in industrial expansion in Welland as they have produced a strong pool of talent for manufacturing through many of their wide ranging programs.

The city of Welland has shown that it has all the right resources available to them to expand and compete in the global market, and they have been very successful in attracting investment into the region.

Read more at The Globe and Mail