Home / News / For growing businesses, Niagara is the place to be 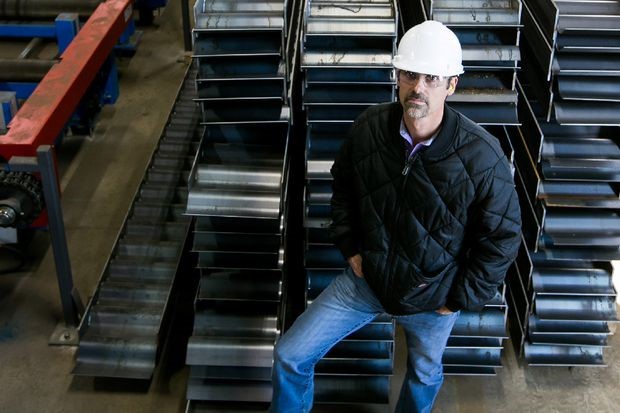 For growing businesses, Niagara is the place to be

This piece originally appeared in the The Globe and Mail.

Steelcon Fabrication Inc. was about to sign a contract on a new location in Mississauga when the phone rang – a warehouse had become available in Niagara.

The family-run structural steel fabricator had been searching for a second site for nearly two years and, in the fall of 2018, the decision to move out of the Greater Toronto Area was an easy one.

Over the course of 15 years, Steelcon had grown from a two-person business to a team of more than 100 employees. What had started as a small business fabricating steel to construct buildings for banks, fast food chains and retail stores quickly surged to take on hospitals, college campuses and public transportation hubs. Its 65,000-square-foot facility in Brampton was pumping beyond capacity, and the business needed a space where it could expand its production, talent pool and access to new markets.

“Niagara was the place,” says Steelcon’s Danny Bianco. “It has the full package for us. And we didn’t find this total package anywhere else.”

Initially, Steelcon’s search spanned across Vaughan, Etobicoke, Mississauga and Oakville, but the real estate in each city was half the size with no excess land and to purchase a facility with that land mass and building size it would be four to five times the cost of facilities outside the GTA, Bianco says. And the average industrial tax rate for Welland, St. Catharines and Niagara Falls is $1.63 per square foot of standard industrial space, compared to Oakville’s $2.97.

The St. Catharines facility spans 205,000 square feet, stocked with heavy duty cranes, a blasting booth and a non-destructive testing facility. Steelcon moved into a 70,000-square-foot section of the site, with plans to expand into the rest over the coming years.

Scaling a manufacturing business takes more than just added space. Bianco’s team, made up of welders and engineers, nearly doubled. Some of his employees made the move from the GTA to Niagara, drawn by the new site and more affordable housing market. But many of his newest employees were sourced locally, where Niagara College trains workers through its manufacturing program.

“The GTA is almost fully employed, so it’s tough to find people,” Bianco says. “There’s a larger pool of people in Niagara looking for manufacturing work.”

Steelcon’s production has surged, adding onto its robotic production line for traditional beams and adding one for its new SIN beams, a lighter, more cost-effective beam that Steelcon says is garnering attention from North American builders. And since his new site puts him within a 30-minute drive of five border crossings, as well as rail, air and ship transportation hubs, Bianco is eyeing markets in the United States, an opportunity that he estimates will more than quadruple Steelcon’s revenue.

Steelcon isn’t the first business to take its expansion goals to Niagara. Ralph Roselli, a Niagara-based sales representative, SIOR at Colliers International Niagara Ltd., who found the new facility for the steel maker, says that for manufacturing businesses to be competitive in today’s economy, they need more than just space to grow. They need better real estate rates, specialized workers, faster transport and access to a community of business leaders with similar goals.

“Businesses need to be in the right location with the right workforce around them,” Roselli says. “Everything was already there for Steelcon. It was turnkey. And there are not many spaces in Ontario that have all the checkmarks.”

“Toronto has pushed itself down into Niagara” over the last few years, with companies like Porsche and Comsale Computer Inc. moving into the area, he said. And with more than 640 manufacturing businesses in Niagara generating an estimated $2.17-billion in regional gross domestic product and exporting over $4.2 billion in product, companies are supporting one another and working together on projects.

“I’m walking through these industrial facilities and I’m seeing the growth,” Roselli said. “Projects of this magnitude have many components and it’s rare to find a place where you can source everything locally, from a crane company to mechanical engineering and general trades, all sourced within the Niagara region, which ultimately reduces costs.”

While the region is typically thought of for Niagara Falls and sprawling wineries that attract 13 million tourists annually, businesses across several sectors are finding their way to the region. Along with manufacturing, the agribusiness industry is booming. In 2016, agriculture jobs grew to 19,900 – an increase of 15.5 per cent from 2011.

“We’re seeing unprecedented growth that we’ve never seen before,” says Valerie Kuhns, director of Niagara Economic Development, adding that industrial investment in building construction climbed 180 per cent between 2015 and 2018, from $60-million to $170-million, the highest growth rate in Ontario.

Trade in the region has grown significantly as a result, according to Kuhns. More than $100-billion in trade passes through Niagara each year, nearly 16 per cent of all trade between Canada and the U.S.

“It reinforces the location of Niagara as a border community with access to the largest North American market,” Kuhns says. “That’s what we’ve seen is extremely important to a lot of companies.”