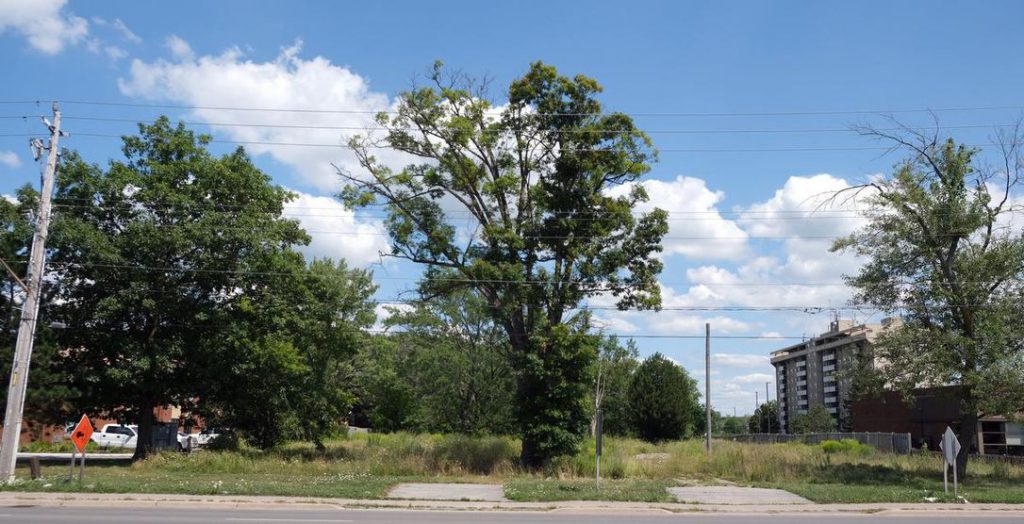 A vacant piece of property in Welland’s north end will be home to a new commercial plaza with high-density residential development in the future.

Tuesday, city council approved zoning and official plan amendments for 858-862 Niagara St. that will allow for a five-storey building between Travelodge and Tim Hortons.

Susan Smyth, a planner with Quartek Group, said the amendments allow residential use above the commercial plaza and modifications to a core natural heritage area designation.

It will feature 48 residential units in total, with one- and two-bedroom apartments on the top four floors.

“The developer is working with Niagara Regional Housing on affordable housing units,” she told council, adding the developer was seeking funds for that component.

Council heard the development is well-suited in its location, fronting on Niagara Street, on a city transit route and surrounded by other similar uses.

Seaway Mall is to the south, a 10-storey apartment building sits to the southeast of the proposed development, and there are other plazas and a grocery store in the area.

There is a large woodlot behind the property. Smyth said an area mainly full of brush will be removed to provide 20 parking spaces for the plaza, 48 for residents and an additional 26 spaces.