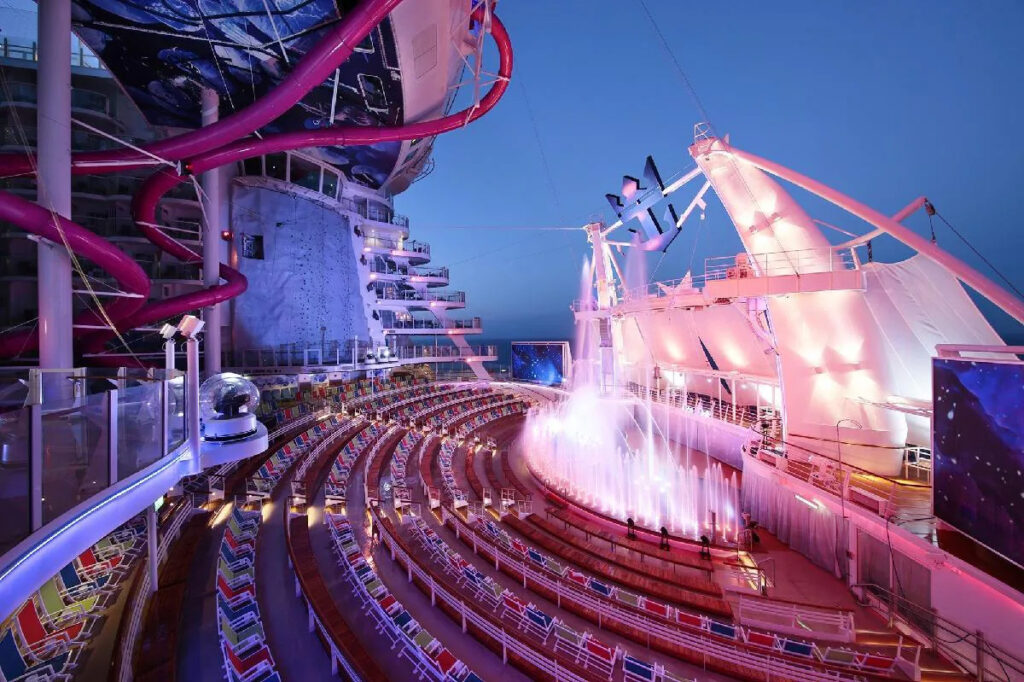 Doing the heavy-lifting: Grimsby-based company builds underwater stages for shows around the world

This article was originally published on The Hamilton Spectator website, written by Abby Green on Monday, Jan 3, 2023 and can be viewed here.

What started as a small company 59 years ago has grown into an international industry superstar.

Handling Specialty, located in Grimsby, does the “heavy lifting” other companies don’t want to do.

“So, if something’s being lifted, rotated, inverted, it’s in a motion of some kind, they call it material handling,” said Tom Beach, the company’s president. “We do this at the very high end of the spectrum, meaning that everything that we do is pretty much not been done before, or it’s a severe challenge to the to the buyer to the project. We’ve built that reputation for going out and taking on some pretty serious challenges over the years.”

One of their main markets these days is in building intricate stages for the entertainment industry, including stages that work underwater.

Beach said the company has built some of the world’s largest underwater stage lifts, including for shows like Cirque du Soleil “O” show in Las Vegas, and House of Dancing Water in Macau.

“The attention to detail in underwater is much more than dry,” he said. “Water loves to find its way to cause interruption and failures and things of this nature. So, the safety mechanisms are all having to go through a lot of due diligence.”

The cruise ships posed their own problems, said Beach, because of the nature of building stages on boats instead of on land.

“Nothing’s solid, right? Everything’s moving. So, you design around the vessel moving fore and aft, whereas when you bore it into the ground in Las Vegas, the ground is holding you solid.”

In the Oasis series, Beach said the company also does a rotating, Olympic sized trampoline that acrobats use in the shows.

The challenge there, he said, is it also has to serve as a floor.

“One second, it’s a trampoline, the next second it’s a floor,” he said. “So, it’s invisible to the audience, and then flips over and now you have an Olympic trampoline and those (performers) are ex-Olympians.”

Beach, who has been with the company for 38 years, said one of the best parts of the job is getting to be innovative.

“So, a company calls you, ‘hey, we’re looking at doing this’, so it’s conceptual engineering through to design, to manufacturing, to testing, shipping, logistics and installation commissioning. So, the whole thing,” he said.

The introduction of technology has also opened the company’s world up to new opportunities, said Beach.

“We’re going to be putting more technology on our equipment so that our equipment can be intelligent and give off data and information. To our specialty app that we’ll put on people’s phones and then the equipment can tell operators or maintenance people that’s sick or if it’s time for an oil change or my motors running hot or whatever,” he said.

Their next projects are building the Water Stage Lift System for the new Royal Caribbean, Icon of the Seas vessel, which is manufactured in Tuku, Finland and there are three vessels under contract.

While the entertainment industry was one of the hardest hit by the pandemic, Beach said he’s proud of his company for getting through it and moving into 2023 he said he feels they have a better handle on the situation.