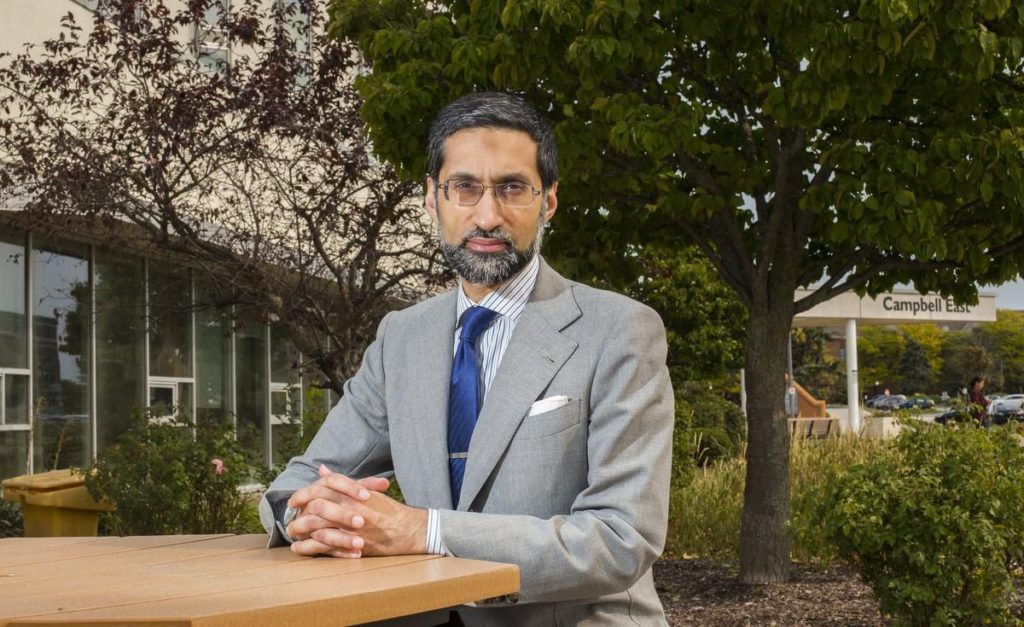 The advice of Public Health Ontario, along with other experts, on measures to control the spread of COVID-19 would be more effective in controlling the pandemic than the alert system put in place by the provincial government, says Niagara’s acting medical officer of health.

Dr. Mustafa Hirji said Thursday the guidance of PHO and a scientific advisory body to the province that recommended lower thresholds to trigger the enactment of stronger restrictions to limit the spread of the novel coronavirus “makes more sense” than higher thresholds being used by the government of Premier Doug Ford.

On Thursday, the Toronto Star reported in September PHO provided advice to the government for four levels of control measures. To move into the strictest level short of a full lockdown — a category now known as red or “control” — PHO recommended a threshold of a weekly infection rate of 25 cases per 100,000 people and a lab test positivity rate of 2.5 per cent.

The PHO advice would have resulted in earlier and stricter measures to limit the spread of the virus, said Hirji.

Asked about the current system, Hirji said “the proof is in the pudding,” and pointed to GTA communities — including Toronto, Ottawa and Peel — which were placed in a modified Stage 2 of the province’s reopening plan when infection rates increased.

He said the measures put in place did not tamp down the infection rate, and while the province is moving to loosen restrictions, medical officers of health in several jurisdictions are imposing their own measures.