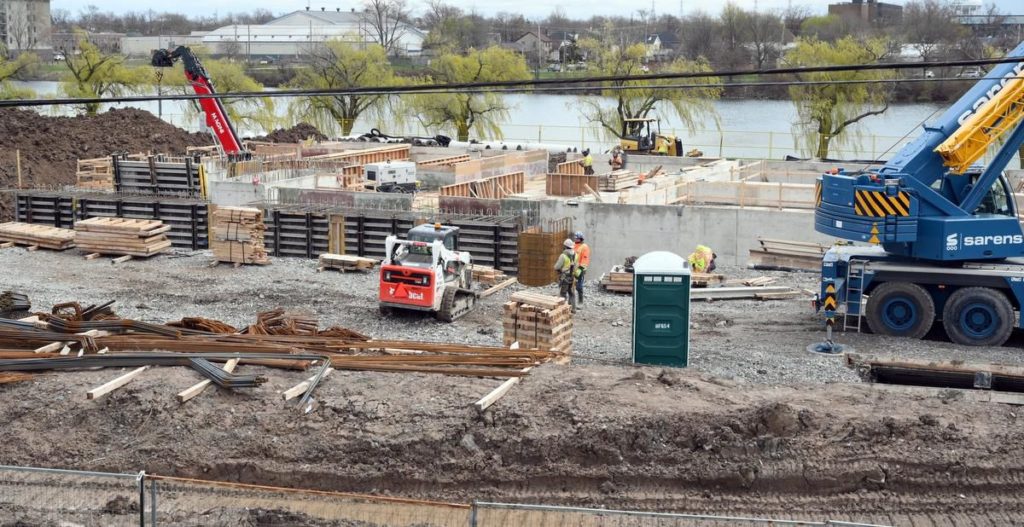 Apartments, condominiums and accessory dwellings make up the majority of building permits issued in Welland to date, putting the city on course for another record-breaking year.

The city said 173 permits valued at more than $55 million in construction have been issued, and include the start of 309 new housing units.

A release said townhouses and single-detached homes make up a small portion of the residential growth.

“The number of permits issued to date is surprising only because the first quarter is generally slower due to the weather and ability to begin construction,” said Grant Munday, director of planning and development services.

Munday said the numbers indicate 2022 will be another strong year for the city in terms of growth.

The value of construction for all building permits last year was more than $236 million. That was a 22 per cent increase from the estimated construction value — approximately $200.1 million — for 2020.

Some of the construction underway in Welland includes the seven-storey Upper Vista Welland residential condominium at 350 Prince Charles Dr. S.

Sitting alongside the recreational canal, the build contributed 226 dwellings units to first-quarter results, the city said.

When building permits are issued for projects like Upper Vista, the city collects development charges. Those funds go toward recovering growth-related costs associated with infrastructure needed to service new development and redevelopment.

The city said as the year progresses, building permit applications will increase during months when construction is less likely to be impeded by weather.

Based on numbers to March 31, the city said planning and development services have a full slate of applications to review.