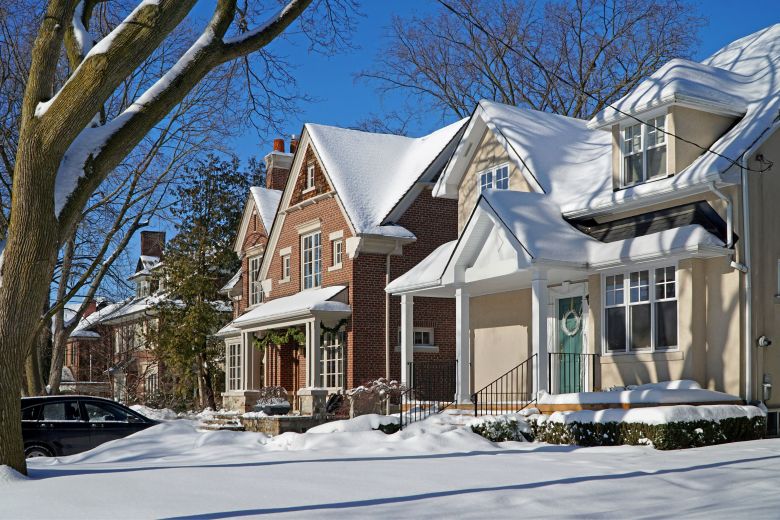 As she entered third-year residency at University of Toronto medical school, Dr. Lorraine Jensen was on track to become an academic physician at Women’s College Hospital, an ambitious teaching facility that attracts some of the world’s best doctors.

Her husband, Brian Wilson, a former Bay Street lawyer who worked for the Metrolinx transit agency at the time, was building a promising career in one of Canada’s highest-profile legal communities.

“I was very interested and involved in clinical teaching,” said Jensen. “I always wanted that to be part of my career.”

Those goals didn’t change when they had their first child, a boy named Colton, in 2014. But other priorities suddenly shifted into view.

Jensen and Wilson both grew up in small towns and began talking about where they wanted to raise their family. They agreed it wasn’t in the frenzied downtown of a big city, so in 2015 they left Toronto and moved to St. Catharines, a smaller centre in Ontario’s Niagara region.

“It was a long discussion,” said Jensen. “But Brian and I love the Niagara region … and it kind of checked all our boxes — career-wise for myself, and then also in terms of the community that we wanted to raise our children in.”

Wilson initially commuted to his job in Toronto — three-plus hours on a good day, four on a bad one — but later accepted his current role as legal counsel for Niagara’s regional government, which serves 12 local municipalities.

“My satisfaction with work and life increased dramatically,” he said. “And I don’t miss it.

“There’s a lot of big-city amenities with a small-town feel, so I don’t feel like we’re wanting for anything by not having that Toronto connection.”

This kind of story is increasingly common. Young families, tech entrepreneurs and mid-career professionals are moving to Niagara in large numbers, seeking an alternative to the harried and hectic life they find in larger centres.

“There’s a feeling of serenity out here,” said Stephanie Petroff, a realtor in Niagara-on-the-Lake who previously worked in public relations at the LCBO head office in Toronto.

“When I come off the highway … it feels like my shoulders go down about three inches just because it’s a feeling that you are vacationing where you live.”

Niagara’s population is projected to rise by 40 per cent over the next two decades, thanks in part to its affordable real estate, excellent school systems, vibrant arts community and an alluring urban-rural mix that provides big-city amenities with small-town charm.

Last year the average house price was $413,700 — roughly half the cost of a typical home in Toronto, and less than the average Toronto condo. Niagara real estate is also a prime investment opportunity — the fifth-best market in Canada, according to MoneySense magazine.

World-class elementary and secondary schools are located throughout Niagara, and Brock University and Niagara College provide exceptional post-secondary education at the foot of the Niagara Escarpment, a UNESCO Biosphere Reserve.

The region also has some of North America’s least-congested roads. By the standards of any major city, rush hour simply doesn’t exist there.

“I love the fact that you can get anywhere in about 15 minutes,” said Lloyd Oliver, Petroff’s partner and a fellow Niagara-on-the-Lake realtor who previously worked at Maple Leaf Sports and Entertainment in corporate sales.

“Here you can just get in your car and go — whether it’s commuting to work, shopping, eating out or even crossing the border, everything is at your fingertips.”

Niagara-on-the-Lake is home to the world-renowned Shaw Festival theatre, and the Meridian Centre in St. Catharines is a 5,300-seat stadium with OHL hockey, minor-league basketball and big-name concerts.

Niagara residents enjoy all the attractions tourists do — picking peaches or riding horses on summer afternoons, sipping cocktails at some of Canada’s best restaurants in the evening and watching Grammy-winning artists at night.

“It’s a great place to live,” said Dr. Lorraine Jensen. “It’s a fantastic place to raise a young family, and from a medical perspective, it’s very feasible to meet your career goals here.”

“Do it,” added the lawyer Brian Wilson, urging others to put down roots in Niagara. “You won’t regret it … it’s a great place to live, work and play. People shouldn’t think twice.”